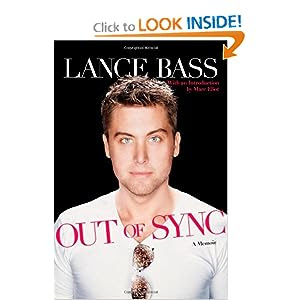 * The birth time of openly-gay American former pop star, Lance Bass, is 1:20pm according to an unofficial biography. He states his full birth name, James Lance Bass, in his autobiography Out of Sync.

Lance Bass is an American pop singer, dancer, actor, film and television producer, and author. He grew up in Mississippi and rose to fame as the bass singer for the American pop boy band 'N Sync. 'N Sync's success led Bass to work in film and television. He starred in the 2001 film On the Line, which his company, Bacon & Eggs, also produced. Bass later formed a second production company, Lance Bass Productions, as well as a now-defunct music management company, Free Lance Entertainment, a joint venture with Mercury Records.

The space-age planet Uranus is prominent in Bass's chart: appearing on his Scorpio IC in hard aspect with both luminaries. Bass moved to Star City, Russia, in 2002 and was certified by both NASA and the Russian Space Program after several months of cosmonaut training. However, his plan to join the TMA-1 mission to the International Space Station was unsuccessful after his financial sponsors backed out. Although his lifelong dream of space travel has been thwarted to date, in a 2007 interview with GQ magazine, Bass stated that he "absolutely" still intends on going to space, and that he hopes to work on a space documentary. With his angular Uranus in Scorpio (and unaspected Jupiter) he's unlikely to give up his space exploration plans anytime soon. Particularly because his Uranus is ruled by Pluto at the head of a Kite pattern: this guy just wants to fly, deeply, high and wide.

Bass came out as gay in a cover story for People magazine dated 26 July 2006. TR Moon crossed his ascendant that night and TR Uranus was conjunct his South Node. TR Neptune was opposite his Moon.