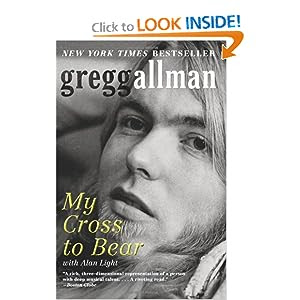 * We have a time of birth of 3.23 AM for Gregg Allman from his recently released autobiography. Although rated "B," this data seems to override previous birth times rated "AA" (from quoted birth certificate). Such is the funny world of data research and collecting! Frank Clifford quotes the full name, Gregory LeNoir Allman, from the rock star's son's birth certificate (Elijah Blue Allman).

Gregg Allman is an American rock and blues singer-songwriter, keyboardist, guitarist and a founding member of The Allman Brothers Band. He was inducted with the band into the Rock and Roll Hall of Fame in 1995 and received a Lifetime Achievement Award from the Georgia Music Hall of Fame in 2006.

In My Cross to Bear, Allman reveals that he probably acquired Hepatitis C when tattooed with "a centaur, for Sagittarius [his sun sign]" when he was aged 20 or 21. His natal Chiron (the centaur asteroid) at 18° Scorpio is squared by Pluto and Saturn in Leo, and exactly square their midpoint. Natal Chiron had moved by solar arc to conjoin natal Jupiter at 9° Sagittarius, his final dispositor (also very centaur-ian) at age 20-21. He had a liver transplant on 23 June 2010 with transiting Jupiter at 2° Aries on the cusp of his natal 6th House of health: the transplant operation proved successful and Allman recovered well and resumed touring. Allman, along with Natalie Cole has become a spokesperson for Tune In to Hep C which includes a PSA TV commercial.