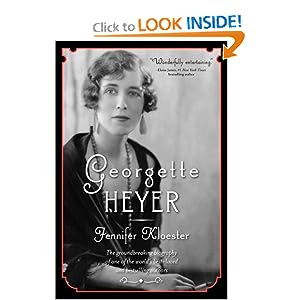 Georgette Heyer (16 August 1902 – 4 July 1974) was a British historical romance and detective fiction novelist. Her writing career began in 1921, when she turned a story for her younger brother into the novel The Black Moth. In 1925 Heyer married George Ronald Rougier, a mining engineer. The couple spent several years living in Tanganyika and Macedonia before returning to England in 1929.

Most popular as a romance novelist, Heyer had Libra rising, ruled by Eris in romantic Pisces. With Eris in the 6th House, "some critics thought [her] novels were too detailed, [while] others considered the level of detail [in her work] to be Heyer's greatest asset" (Georgette Heyer, Wikipedia). Relationship asteroid, Juno, rises toward the end of the romantic 12th House in the Gemini (writing) decan of Libra.

Heyer has Mars in the 10th House conjunct her MC indicating a knack for self-promotion, however the Moon and its ruler Saturn in Capricorn in the family-oriented 4th house in opposition to her Mars made her rather publicity-shy: "After her novel These Old Shades became popular despite its release during the General Strike, Heyer determined that publicity was not necessary for good sales. For the rest of her life, she refused to grant interviews, telling a friend: 'My private life concerns no one but myself and my family.'" (Georgette Heyer, Wikipedia). The Moon-Saturn conjunction also opposes her 10th-house Venus, ruler of her 8th House of privacy.

Furthermore, as one of the world's most reculsive bestselling authors, Heyer had Mercury unaspected in Leo except for a conjunction with the Sun which itself was overshadowed by an exact quincunx from Saturn.