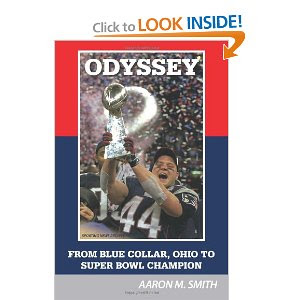 * Marc Edwards - described as an "old-school battering ram of a Super Bowl champion" - has sporty Sagittarius rising and wham-bam-thankyou-ram Mars in Scorpio ruling Pluto on his MC. Interestingly, he has timelord Saturn in maternal Cancer exactly quincunx his Ascendant: according to his biography his mother's watch stopped at the exact moment he was born. WIKIPEDIA BLURB

Edwards was named Ohio's Mr. Football in 1992 as the state's top player. He was selected by the San Francisco 49ers in the second round (55th overall) of the 1997 NFL Draft. After two years in San Francisco, Edwards played the following two years for the Cleveland Browns from 1999 to 2000. He has also played for the New England Patriots from 2001 to 2002 and the Jacksonville Jaguars from 2003 to 2004. Edwards's high school retired his #44 Jersey on September 11, 2010. In October 2010, a book by Aaron M. Smith about Edwards's life, Odyssey: From Blue Collar, Ohio To Super Bowl Champion, was published.