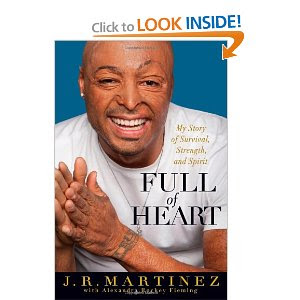 * J. R. Martinez's wristwatch saved the underlying skin when he sustained burns to a third of his body while serving in Iraq. He now has a tattoo of a watch around his wrist, with the hands showing 2:30 p.m. - the time of his injury and of his birth. At the time of his injury Jupiter on the Ascendant was conjunct his natal Venus-Moon conjunction in Leo, Pluto in Sagittarius was opposite his natal Mars, and the Sun in Aries was conjunct his natal Eris. That's a lot of fire, in a Grand Fire Trine. Martinez has transcended his injuries partly by becoming a motivational speaker. Data and charts below. WIKIPEDIA BLURB

Jose Rene "J. R." Martinez (born June 14, 1983) is an American actor, motivational speaker and former U.S. Army soldier. Starting in 2008, he played the role of Brot Monroe on the ABC daytime drama All My Children. He is the winner of Season 13 of ABC's Dancing with the Stars. Martinez served as the Grand Marshal of the 2012 Rose Parade.

In 2003, Martinez sustained severe burns to over 34 percent of his body while serving as an Army infantryman in Iraq. Since his recovery, he has traveled around the country speaking about his experiences to corporations, veterans groups, schools and other organizations.

If you're enjoying these posts please consider making a donation by Paypal. Thanks.
J.R. Martinez natal chart