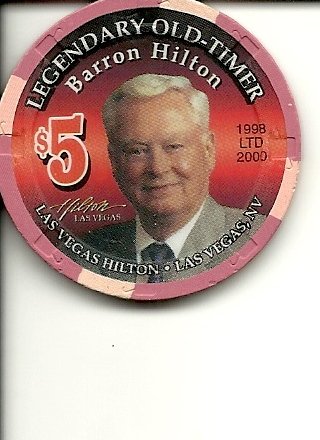 * Barron Hilton — a rare "Triple Libran" with Sun, Moon and Ascendant in the sign of the Scales — has struck a good balance between giving and receiving. Pluto on his MC manifested in his inheritance of his father Conrad's Hilton Hotels Corporation, and he has since pledged to donate 97% of his estate (several billion dollars no less) to the Conrad N. Hilton Foundation, his father's charity which is dedicated to "relieve the suffering, the distressed, and the destitute." Barron Hilton has an interesting conjunction of generous Jupiter and humanitarian Uranus making the handle of a Bucket shape. He can certainly afford to give away buckets of money — literally! WIKIPEDIA BLURB

William Barron Hilton I (born October 23, 1927) is an American business magnate, socialite, and hotel heir. He is the former co-chairman of the Hilton Hotels chain. He is one of the sons of Conrad Hilton (founder of Hilton Hotels).

In 1966, Hilton assumed the presidency of the Hilton Hotel chain.

On December 25, 2007, Hilton announced that, in addition to donating the funds found in the W. Barron Hilton Charitable Remainder Unitrust, upon his death he will follow his father's footsteps by leaving about 97% of his estate, estimated in 2007 at $2.3 billion, to the Conrad N. Hilton Foundation. Included was an immediate pledge of $1.2 billion, the proceeds of the sale of Hilton Hotels Corporation and Harrah's Entertainment Inc., which was placed in a Charitable remainder unitrust that will be donated to the Foundation upon Hilton's death at whatever value the trust is worth at that time. The remainder of the funds that constitute Hilton's pledge to donate 97% of his estate will come from his $1.1 billion in personal assets.