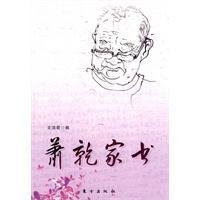 * For some Taurus-rising folk discovering the details of their birth can be a long and slow process. Xiao Qian ― one of China's finest writers ― did not find out his Western birthdate until he was almost 70. Apparently Venus ruling from the first degree of Pisces kept the information hidden. Xiao, who wrote over six million words in one series of books, had MC conjunct Mercury and the Sun, the latter ruling his 3rd House.

Xiao Qian (27 January 1910 – 11 February 1999) was a famous essayist, editor, journalist and translator from China. His life spanned the country before and after the establishment of the People's Republic of China.

As a journalist, he wrote a variety of publications. One of them is his book: xin bian wen shi biji cong shu. The series contains 50 books, in which 6,000,000 words were written. These series were written between the 1980s and early 1990s. The books collected a range of anecdotes and highlights from over 2000 celebrities and researchers. The series became highly reputable and widely accepted when it was released. As the last volume of the series was published in October 1994, another edition of the series were published in Hong Kong and Taiwan shortly after. The work was awarded the "Chinese Book Prize" as early as in 1993.

Written by Xiao between 1939 and 1946, the books, Symphony of Contradictions, Bloody September, and London under Silver Kites reflected his experience during the Second World War while he was living in the United Kingdom and Western Europe. They were mostly concerned with the day to day life of ordinary English citizens. They contained an analysis or speculation about political and military matters. While he was impressed by the determination of the English to defeat Germany, he also observed their negative cultural traits.

BIRTH DATA: Xiao Bingqian, 27 January 1910, 12:00 (12 noon), LMT (-7:45:40), Beijing, China (39n55, 116e25). ASC: 24 Taurus. RR: A (from his aunt's memory). SOURCE: Sy Scholfield (c) quotes Xiao Qian, Traveller Without a Map [1990]. Trans. Jeffrey C. Kinkley (Stanford University Press, 1993), pp. 1-4: "the north-eastern slums of Peking where I was born . . . But every year, when the seventeenth day of the last lunar month came round, my elders would tell me I'd grown a year older. . . 'You were born in the first year of the Xuantong Emperor [Puyi]' she [my mother] told me. . . an aunt said crossly, 'Gracious, no wonder you noon-born cocks are called troublemakers! (Roosters are supposed to disturb people in the morning, not at mid-day). With that I even knew what time of day I was born . . . Professor Hans Frankel took down a book of conversion tables from his shelf and pinpointed the date of my birth in the Western calendar as 27 January 1910. It took him only a minute or two but the information was very welcome. It came just in time for my seventieth birthday, which otherwise I might very well have missed."