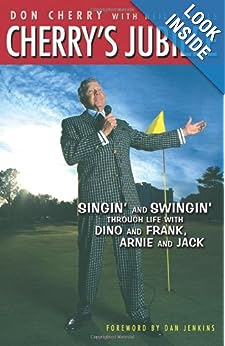 * Don Cherry ― who earned a gold disc for his 1955 million-seller hit, "Band of Gold" ― has the golden Sun in the 5th, its natural house, closely quincunx and ruling Neptune in Leo. Also a former "pro" golfer, he has sporty Jupiter angular in Sagittarius.

Donald Ross Cherry (born January 11, 1924) is an American singer of traditional pop music, best known for his 1955 hit, "Band of Gold"; and a former amateur and professional golfer.

Cherry started as a big band singer in the orchestras of Jan Garber and Victor Young. In 1951 he recorded his first solo hits, "Thinking of You" and "Belle, Belle, My Liberty Belle". In 1955 came his biggest hit, "Band of Gold", which reached #5 on the Billboard chart. It sold over one million copies, and was awarded a gold disc. The track peaked at #6 in the UK Singles Chart. He had three more hits in 1956 ("Wild Cherry", "Ghost Town" and "Namely You"), all backed by orchestra leader Ray Conniff. He was also the voice of the Mr. Clean commercials during the late 1950s and early 1960s.

Throughout his singing career, Cherry was also a top-ranked amateur golfer, and was in contention to win the 1960 U.S. Open before eventually finishing tied for ninth along with Ben Hogan, four strokes behind winner Arnold Palmer. In 1962, Cherry decided to turn professional and "Pro" became his nickname among fellow entertainers. His volcanic temper on the golf course (which, according to Cherry, "...made Tommy Bolt look like a choir boy!") was in startling contrast to his velvety-smooth singing voice and pleasant stage persona.

Cherry is a good friend of Willie Nelson and has collaborated on three albums with him, Augusta (1995), The Eyes of Texas (2002), and It's Magic (2007). Cherry was married four times, once to 1956 Miss America Sharon Ritchie, before wedding his present wife, Francine Bond Smith, in 1993. They live in Las Vegas, Nevada. His son, Stephen, was a casualty of the 9/11 attacks when American Airlines Flight 11 crashed into the North Tower. Stephen left behind four sons.