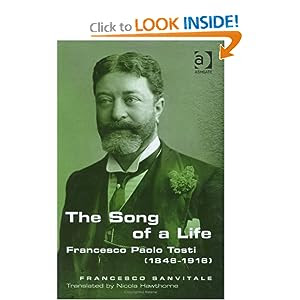 * Italian-British composer, Sir Paolo Tosti, born at "four in the monring," had melodic Venus in Pisces on his Ascendant.

Tosti is remembered for his light, expressive songs, which are characterized by natural, singable melodies and sweet sentimentality. He is also known for his editions of Italian folk songs entitled "Canti popolari Abruzzesi".

His style became very popular during the Belle Époque and is often known as salon music. His most famous works are Serenata (lyrics: Cesareo), Good-bye! (lyrics: George J. Whyte-Melville) which is sometimes performed in Italian as Addio (lyrics: Rizzelli), and the popular Neapolitan song, Marechiare, the lyrics of which are by the prominent Neapolitan dialect poet, Salvatore Di Giacomo. Malia, Ancora and Non t'amo piu were and remain popular concert pieces.

"Tosti is remembered for his light, expressive songs, which are characterized by natural, singable melodies and sweet sentimentality." Sounds like melodic Venus in sentimental Pisces very close to the Ascendant in the expressive 1st House!