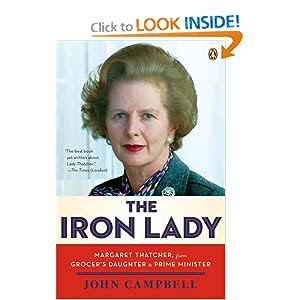 * The Times has described Margaret Thatcher as a "woman of contradictions" and "the most admired, detested, praised and vilified figure of the second half of the twentieth century" who "inspired blind hatred, swooning worship, anger and adoration [b]ut never indifference." The 'iron Lady' had indomitable Saturn rising in Scorpio trined by its ruler, take-no-prisoners Pluto.

Margaret Hilda Thatcher, Baroness Thatcher, LG, OM, PC, FRS (née Roberts, 13 October 1925 – 8 April 2013) was a British politician who was Prime Minister of the United Kingdom from 1979 to 1990 and the Leader of the Conservative Party from 1975 to 1990. She was the longest-serving British Prime Minister of the 20th century and is the only woman to have held the office. A Soviet journalist called her the "Iron Lady", a nickname that became associated with her uncompromising politics and leadership style. As Prime Minister, she implemented policies that have come to be known as Thatcherism.

Thatcher's chart is included in Frank C. Clifford's The Astrologer's Book of Charts, a unique reference book of 150 horoscopes and chart worksheets for the student and working astrologer. This handy reference book includes 150 notable names and fascinating lives from the worlds of entertainment, sport, royalty, business, art, fashion, literature, politics and crime. All charts are in Placidus and Equal Houses, sourced and rated for accuracy.