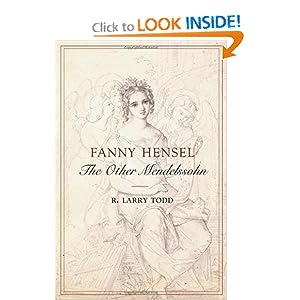 * According to a biographer, Fanny Mendelssohn was born at 6:30 in the morning of the very day of Napoleon's triumphant entry into Vienna.

Fanny Mendelssohn composed over 460 pieces of music. Her compositions include a piano trio and several books of solo piano pieces and songs. A number of her songs were originally published under Felix's name in his opus 8 and 9 collections. Her piano works are often in the manner of songs, and many carry the name Lied ohne Worte (Song without Words). This style (and title) of piano music was most successfully developed by Felix Mendelssohn, though some modern scholars assert that Fanny may have preceded him in the genre.

She also wrote, amongst other works for the piano, a cycle of pieces depicting the months of the year, Das Jahr ("The Year"). The music was written on coloured sheets of paper, and illustrated by her husband Wilhelm . Each piece was also accompanied by a short poem. 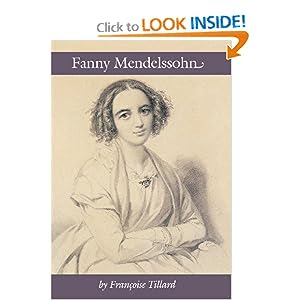 Fanny Mendelssohn-Hensel was an extraordinary musician who left well over four hundred compositions, most of which fell into oblivion until their rediscovery late in the twentieth century. How about that triple Scorpio conjunction of Sun-Mercury-Neptune trine Moon on MC from the 1st House (musical writing just waiting to be discovered)?

Copyright Sy Scholfield. All rights reserved in all media.
Posted by astrodatablog at 9:54:00 am