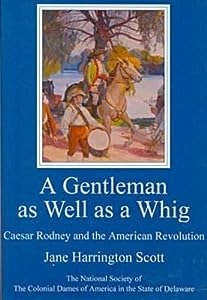 * According to Caesar Rodney's father's diary - the future President of Delaware during most of the American Revolution - was born while "there was no sole with her [his mother] but myself--being I believe [at] just about midnight" on 7 October 1728. The biography in which the diary is transcribed does not seem to state the calendar used by the biographer for the date, but thankyou to Alois Treindl for pointing out that the date was probably Old Style. I have checked and this seems correct. The updated data and chart are below.

Caesar Rodney (October 7, 1728 – June 26, 1784) was an American lawyer and politician from St. Jones Neck in Dover Hundred, Kent County, Delaware, east of Dover. He was an officer of the Delaware militia during the French and Indian War and the American Revolution, a Continental Congressman from Delaware, a signer of the Declaration of Independence and President of Delaware during most of the American Revolution.

An officer of the militia: Mars sextile Pluto; a signer of the Declaration of Independence: Chiron (hands) sextile Saturn in Aquarius.

BIRTH DATA: 7 October 1728 [OS], about 00:05 (12:05 a.m.) LMT (+5:02:56), East Dover Hundred, Delaware, USA (39n06, 75w44). ASC: 10 Leo. RR=AA (from father's diary). SOURCE: Sy Scholfield (c) quotes Jane Scott, A gentleman as well as a Whig: Caesar Rodney and the American Revolution (University of Delaware Press, 2000), p. 16: "Caesar Rodney, the first child of Caesar Rodney, Sr. and Elizabeth Crawford Rodney was born shortly after midnight, on October 7, 1728. It is thought that his young parents were living in a small house owned by Elizabeth's father, not far from the Rodney farm at Byfield. According to Caesar Rodney, Sr.'s diary, the young father immediately sent for a midwife 'and other women,' but 'before aney came ye Child wass Born and it wass a Son.' As 'there was no sole with her but myself--being I believe just about midnight.'" NB: The calendar used is not specified, but the birth date of 7 october 1728 is stated as Old Style in Chase's Calendar of Events 2009 (McGraw Hill Professional, 2009), p. 497.

Copyright Sy Scholfield. All rights reserved in all media.
Posted by astrodatablog at 3:39:00 pm