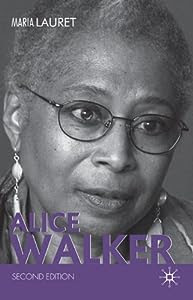 * In her memoir, The Same River Twice, Pulitzer Prize winner, Alice Walker, writes that she is a risk taker with "Sagittarius rising."

Alice Malsenior Walker (born February 9, 1944) is an American author, poet, feminist, and activist. She has written both fiction and essays about race and gender. She is best known for the critically acclaimed novel The Color Purple (1982) for which she won the National Book Award and the Pulitzer Prize.

In 1982, Walker published what has become her best-known work, the novel The Color Purple. About a young troubled black woman fighting her way through not only racist white culture but also patriarchal black culture, it was a resounding commercial success. The book became a bestseller and was subsequently adapted into a critically acclaimed 1985 movie as well as a 2005 Broadway musical.

I've calculated the chart below with mid-Sagittarius (15°) rising. Jupiter in the Sagittarius decan of Leo is strong: ruling Ascendant, conjunct Moon and opposite Sun.

Copyright Sy Scholfield. All rights reserved in all media.
Posted by astrodatablog at 12:10:00 pm