* Award-winning author Bill Roorbach writes in his autobiography that he was born at 6:45 a.m.

Bill Roorbach was born August, 1953 in Chicago, Illinois. In 1954 his family moved to suburban Boston, Massachusetts where he attended kindergarten. In 1959 the family moved to New Canaan, Connecticut, where he attended public schools from first grade on. He graduated in 1976 from Ithaca College cum laude with a B.A. in Individual and Interdisciplinary Studies. He later earned his MFA from Columbia University in 1990. He was a fiction editor of Columbia: A Magazine of Poetry and Prose. He married the painter Juliet Karelsen, in June 1990. In 2000, their daughter, Elysia, was born. Bill taught at the University of Maine at Farmington, from 1991 to 1995. He taught at the Ohio State University from 1995 to 2001, winning tenure in 1998. In 2001, he quit his tenured position and returned with his family to Maine for three years of writing full-time.

In 2004, he was awarded the William H.P. Jenks Chair in Contemporary American Letters at the College of the Holy Cross in Worcester, Massachusetts, a five-year position as full professor. He commuted from Maine. In 2009, he returned to full-time writing, and completed a new novel, "Life Among Giants," published by Algonquin Books in Nov., 2012. His work has appeared in The New York Times Magazine, The Atlantic Monthly, Harper's, Playboy, The Missouri Review, Granta, and many other magazines and journals. His story "Big Bend" was featured on the NPR program Selected Shorts, performed by the actor James Cromwell. 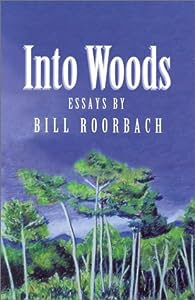 Jupiter in Gemini in the 10th House has brought this writer acclaim.

Copyright Sy Scholfield. All rights reserved in all media.
Posted by astrodatablog at 10:41:00 am