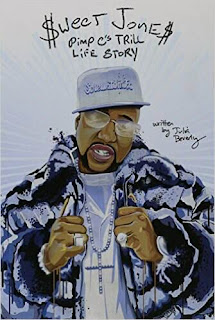 * Pimp C was best known for his work with best friend Bernard "Bun B" Freeman as a founding member of the Underground Kingz (UGK). Their third album, Ridin' Dirty, reached #2 on the Billboard Top R&B/Hip-Hop Albums chart.

n January 2002, Pimp C was sentenced to eight years in prison for violating his probation by ignoring his sentence to community service stemming from an earlier aggravated assault charge. While he was in prison, Rap-A-Lot Records released Sweet James Jones Stories in 2005, most of which consisted of unreleased freestyle recordings. Pimp C was released on 30 December 2005 and placed on parole until December 2007.

Pimp C was found dead in a hotel in West Hollywood, California, on 4 December 2007.