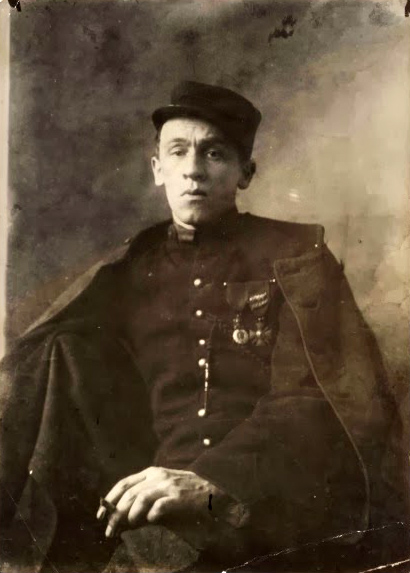 * Blaise Cendrars was a writer of considerable influence in the European modernist movement. He was the first modernist poet, not only in terms of expressing the fundamental values of Modernism but also in terms of creating its first solid poetical synthesis. In 1912, in New York, he wrote his long poem, "Les Pâques à New York" (Easter in New York), his first important contribution to modern literature. He signed it for the first time with the name 'Blaise Cendrars.'

Back in Paris, Cendrars became an important part of the artistic community in Montparnasse; his writings were considered a literary epic of the modern adventurer. He was a friend of the American writer Henry Miller, and, in 1918, his friend Amedeo Modigliani painted his portrait. He died on 21 January 1961.