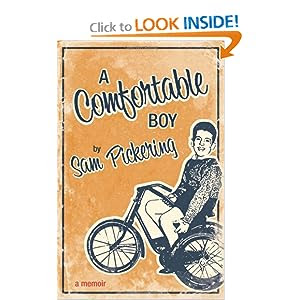 * Sam Pickering ― whose unconventional teaching style was one of the inspirations for the character of Mr. Keating, played by Robin Williams in the film Dead Poets Society ― has Uranus in the first degree of Gemini quincunx Williams' first-degree Scorpio Ascendant. Pickering's Uranus is retrograde: he has eschewed publicity raised by the film.

Samuel F. Pickering (born September 30, 1941) is a professor of English at the University of Connecticut in Storrs. Pickering specializes in the familiar essay, children's literature, nature writers, and 18th and 19th century English literature. In addition to teaching, he has published many collections of non-fiction personal essays as well as over 200 articles.

One of Pickering's students at Montgomery Bell Academy, Tom Schulman, later wrote the script for the film Dead Poets Society, basing the pedagogy of Robin Williams' character very loosely on Pickering's eccentric style. Pickering has eschewed publicity raised by the film and has since regarded the unorthodoxy of his classroom behavior as more goalless than that depicted in Dead Poets Society, in which unorthodoxy is employed deliberately as a way to preach the values of non-conformity and carpe diem. Instead, Pickering has commented that "I did such things not so much to awaken students as entertain myself."

Pickering has the Moon in unconventional Aquarius (at the apex of a T-square) ruling and quincunx his Cancerian Ascendant from the cusp of the 8th: He "has often considered his teaching style purely purposeless and impulsive, and he criticizes those who have subsequently asked him about his philosophy on education, responding that people, regarding such large social questions, have trouble with 'the realization that mostly it's all meaningless. I don't know why people want answers'" Wikipedia.