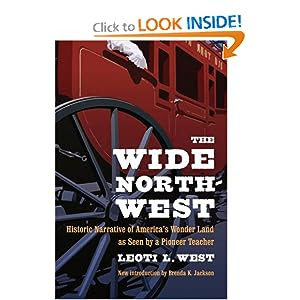 * Leoti L. West ― eulogized as "the Inland Empire's most famous teacher" ― had Jupiter on her MC ruling the very schoolteacherish Chiron in Sagittarius on her Ascendant which, in turn, ruled her Equal 10th house, the domain of fame and career. A trailblazing educationalist, West was born under the exact conjunction of Uranus and Pluto in pioneering Aries (in the 5th house of education no less).

Leoti L. West (1851–1933) had longed for the opportunity “to be west and grow up with the country.” In 1878, at the age of twenty-seven, West left her Iowa home to teach at a new school in Washington Territory. Undertaking the two-week journey alone, the young teacher arrived in a Northwest that was still very much a pioneer territory. The school that West opened was one of the first in the area and soon attracted students from all over the Northwest. By the end of West’s first term, her original class of seventeen had grown to nearly one hundred students housed in a small schoolroom. In 1881 the school was officially named the Colfax Academy. West taught in Washington for more than fifty years and influenced thousands of graduates. West’s reminiscences first appeared in the Spokesman-Review as a series of pioneer sketches that were later collected and published as The Wide Northwest. Her memoir of her adventures details not only an impressive teaching career but also the pioneer experience of a woman in the late nineteenth century.