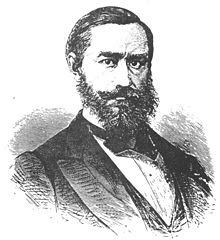 * Henri Duveyrier, the French explorer of the Sahara - one of the hottest regions on the planet - had Saturn in the Leo decan of Sagittarius close to his MC. One can imagine the harshness of the Sun beating down on him.

Henri Duveyrier (28 February 1840 – 25 April 1892) was a French explorer of the Sahara born in Paris. In 1857 and 1858, he spent some months in London, where he met Heinrich Barth, then preparing the narrative of his travels in the western Sudan. At the age of nineteen Duveyrier, who had already learned Arabic, began a journey in the northern parts of the Sahara which lasted nearly three years. In 1864, two years after returning to France, he published Exploration du Sahara: les Touareg du nord (Exploration of the Sahara: Tuaregs of the North), for which he received the gold medal of the Paris Geographical Society. In the war of 1870 he was taken prisoner by the Germans. Subsequently he made several other journeys in the Sahara, adding considerably to the knowledge of the regions immediately south of the Atlas, from the eastern confines of Morocco to Tunisia. He also examined the Algerian and Tunisian shats and explored the interior of western Tripoli. Duveyrier devoted special attention to the customs and speech of the Tuareg people, with whom he lived for months at a time, and to the organization of the Senussi. In 1881 he published La Tunisie, and in 1884 La confrérie musulmane de Sîdî Mohammed ben Alî-Senoûsi et son domaine géographique en l'année 1300 de l'Hégire.