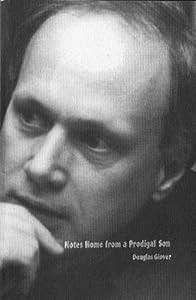 * Douglas Glover ― "the most eminent unknown Canadian writer alive" ― has Uranus retrograde at 29 degrees of the writing sign, Gemini, exactly opposite Jupiter, planet of eminence, high in the sky in its own sign.

Douglas Glover BA, M.Litt., MFA (born 14 November 1948 in Simcoe, Ontario. Canada) was raised on his family's tobacco farm just outside Waterford, Ontario. He has published five short story collections, four novels (including Elle which won the 2003 Governor-General's Award for Fiction), two books of essays, Notes Home from a Prodigal Son and Attack of the Copula Spiders, and The Enamoured Knight, a book-length meditation on Don Quixote and novel form. His 1993 novel, The Life and Times of Captain N., was edited by Gordon Lish and released by Alfred A. Knopf.

Since the early 1990s, Glover has lived in Wilton, New York teaching at the Vermont College of Fine Arts, Skidmore College, Colgate University, and the University of Albany. He was the 2005 McGee Professor of Writing at Davidson College. He has been writer-in-residence at the University of New Brunswick, the University of Lethbridge and Utah State University. From October, 1994, to October, 1996, he was host of a weekly radio interview program called The Book Show at WAMC in Albany, NY. From 1994 to 2006, he edited the annual anthology Best Canadian Stories. He writes regularly for international affairs magazine Global Brief. In 2010, he founded the online literary magazine, Numéro Cinq.

Glover was born on the same day as Charles, Prince of Wales.