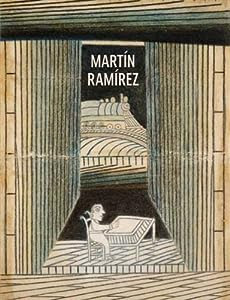 * The institutionalized outsider artist, Martin Ramirez, had Venus in Aquarius square its ruler Uranus in Scorpio in the 12th House.

Martín Ramírez (March 31, 1895 – February 17, 1963) was a self-taught artist who spent most of his adult life institutionalized in California mental hospitals, diagnosed as a catatonic schizophrenic.

Having migrated to the United States from Tepatitlan, Mexico in 1925, Ramírez was institutionalized in 1931, first at Stockton State Hospital in Stockton, California, then, beginning in 1948, at DeWitt State Hospital in Auburn, near Sacramento, where he made the drawings and collages for which he is now known. At DeWitt, a visiting professor of psychology and art, Tarmo Pasto, came across Ramírez's work and began to save the large-scale works Ramírez made using available materials, including brown paper bags, scraps of examining-table paper, and book pages glued together with a paste made of potatoes and saliva. His works display an idiosyncratic iconography that reflect both Mexican folk traditions and twentieth-century modernization: images of Madonnas, horseback riders, and trains entering and exiting tunnels proliferate in the work, along with undulating fields of concentric lines that describe landscapes, tunnels, theatrical prosceniums, and decorative patterns.

Since his death in 1963, Ramírez's drawings and collages have become some of the most highly valued examples of outsider art.

In January 2007, the American Folk Art Museum in New York City opened "Martín Ramírez," the first major retrospective of the artist's work in the United States in more than 20 years. The exhibition featured about 100 of the 300 drawings and collages that had then been known to exist. It was accompanied by a catalog that includes a biographical essay, written by sociologists Víctor M. Espinosa and Kristin E. Espinosa, which discusses many previously unpublished details of Ramírez's life. The exhibition subsequently traveled to the San Jose Museum of Art (June–September 2007) and the Milwaukee Art Museum (October 2007–January 2008).

Lengthy periods of incarceration? Pluto rules and quincunxes Saturn in Scorpio just inside the 12th House.

BIRTH DATA: Martin Ramirez Gonzalez, 30 January 1895, 02:00 (2 a.m.) LMT (+6:50:56), Tepatitlán, Mexico (20n49, 102w44). ASC: 3 Sagittarius. RR: AA (from biography citing birth record). SOURCE: Sy Scholfield (c) quotes Brooke Davis Anderson and Victor M. Espinosa, Martín Ramírez (Marquand Books/American Folk Art Museum, New York, 2007), p. 19: "Martin Ramirez Gonzalez was born at 2 in the morning on January 30, 1895, to Gertrudis Ramirez and Juana Gonzalez, in Rincon de Velazquez, a small rural community that is now part of the municipality of Tepatitlan, a town some forty miles east of Guadalajara, the capital of the state of Jalisco. . . He [his father] must have left Rincon de Velazquez very early that day because he registered his son's birth with the civil authorities at eleven in the morning."