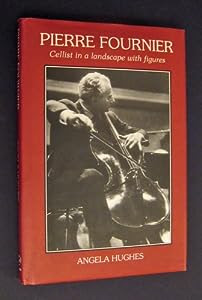 * Pierre Fournier, 'the cellist extraordinaire,' had a very Moony chart: the luminaries plus three planets in a Cancer stellium, with the rising Moon acting as final dispositor.

Pierre Fournier (June 24, 1906 – January 8, 1986) was a French cellist who was called the "aristocrat of cellists," on account of his elegant musicianship and majestic sound.

He was born in Paris, the son of a French Army general. His mother taught him to play the piano, but he had a mild case of polio as a child and lost dexterity in his feet and legs. Having difficulties with the piano pedals, he turned to the cello.

He received early training from Odette Krettly, and from 1918 studied with André Hekking and later with Paul Bazelaire. He graduated from the Paris Conservatory at 17, in 1923. He was hailed as "the cellist of the future" and won praise for his virtuosity and bowing technique. In the period 1925-1929 he was a member of the Krettly Quartet, led by Odette's brother Robert Krettly.

He became well known when he played with the Concerts Colonne Orchestra in 1925. He began touring all over Europe. At various stages he played with many of the most highly acclaimed, prestigious musicians of his time, and recorded the complete chamber music of Brahms and Schubert for the BBC on acetates. However, these deteriorated before the recordings could be transferred to a more durable medium. He is also praised for his recordings of the Bach suites (Beethoven-Saal, Hannover, December 1960), which are regarded even now as some of the best versions ever made. His other discs include LPs of Beethoven's cello sonatas and Elgar's Cello Concerto; these have long since been available on CD.

Fournier was a teacher at the École Normale de Musique in Paris and the Paris Conservatoire from 1937 to 1949. He made his first tour of the United States in 1948 and played to great acclaim in New York and Boston.

His performance in America became an embarrassment when it was revealed in 1949 that Fournier had collaborated with the Nazis during the occupation of France. He was found to have performed 82 times on "Radio-Paris" – a German station – for which he had been paid a total of 192,400 francs. In France, the "National Purging Committee's Professional Branch for Dramatic and Lyric Artists and Performing Musicians" had found him guilty of collaboration, and had banned him from performing for a period of six months.[1]

In 1963, he was made a member of the Legion of Honour. He continued performing in public until two years before his death at the age of 79. Till the end, he taught privately at his home in Geneva: the British cellist Julian Lloyd Webber was among his pupils.

His son Jean-Pierre became a pianist performing under the name of Jean Fonda.

Called the "aristocrat of cellists" on account of his elegant musicianship and majestic sound, Fournier had Venus unaspected in Leo in the 1st house.