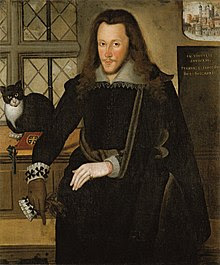 * Henry Wriothesley was the 3rd Earl of Southampton and probably The Bard's 'fair youth.' On the day of his birth his father wrote that he was born "this present morning at three of the clock."

In 1593 Shakespeare dedicated his narrative poem "Venus and Adonis" to Southampton, followed in 1594 by "The Rape of Lucrece." Although the dedication to "Venus and Adonis" is more restrained, the dedication to "The Rape of Lucrece" is couched in extravagant terms: 'The love I dedicate to your lordship is without end ... What I have done is yours; what I have to do is yours; being part in all I have, devoted yours'.

Nathan Drake, in Shakespeare and his Times, was the first to suggest that Southampton was not only the dedicatee of Shakespeare's two long narrative poems, but also the 'Fair Youth' of the Sonnets. The title page refers to the 'onlie begetter of these insuing sonnets Mr W.H.,' and it had earlier been inferred that the Sonnets were addressed to 'Mr. W.H.'. Drake, however, adopting Chalmers' suggestion that one meaning of 'beget' is 'bring forth', argued that Mr. W.H. was merely the procurer of the manuscript rather than the 'Fair Youth' addressed in the poems. Other adherents of the theory that Southampton was the addressee of the Sonnets have suggested that his initials, H. W. (Henry Wriothesley), were simply reversed by the publisher in order to conceal his identity. However Honan argues that although Southampton 'may be involved in Shakespeare's sonnets', 'there is no real likelihood that he traduced him by drawing his portrait as the fickle, treacherous Young Man of the sonnets, who is implicitly ‘lascivious’ (sonnet 95), ‘sensual’ to a ‘fault’ or to his ‘shame’ (sonnets 34, 35), and ridden with vices'.

Despite extensive archival research, no documents have been found concerning their relationship apart from the dedications to Shakespeare's two long narrative poems. Nicholas Rowe, on the authority of the actor Thomas Betterton (c.1635 – 28 April 1710), stated in his Life of Shakespeare that Southampton once gave Shakespeare £1000 to complete a purchase, but Honan terms this a myth.

Photo credit: Henry Wriothesley, 3rd Earl of Southampton, in the Tower of London, 1603, attributed to John de Critz. Image from ladysarafina.home.att.net. Original is at Boughton House. 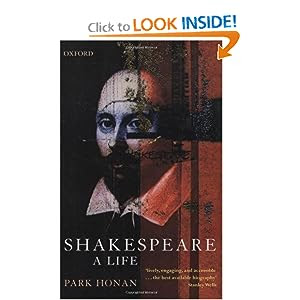 Was Henry Wriothesley the fickle, treacherous Young Man of the sonnets, who is implicitly ‘lascivious,' ‘sensual’ to a ‘fault’ or to his ‘shame,’ and ridden with vices'?? Does this description sound like a Sun-Mercury conjunction in Libra ruled by Venus in Scorpio all in the 2nd House??

There is no known birth record for Shakespeare except for his baptismal certificate dated 26 April 1564, indicating that he was probably born within a period of a few days prior to that date. So he was likely born with Pluto at 15° Pisces exactly on the cusp of Wriothesley's 7th House, indicating The Bard's deep attraction to the young earl.

Further, Shakespeare's likely Neptune-Venus conjunction in Gemini (poetic love writing) was conjunct the earl's Jupiter-MC (indicating speculation about his possible status as the 'Fair Youth' of the Sonnets).