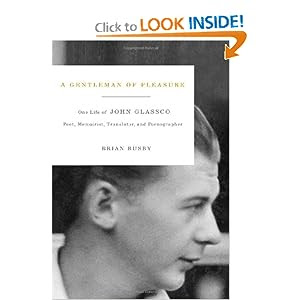 * A biographer of John Glassco reveals that the Canadian writer was born shortly after midnight.

John Glassco (December 15, 1909 – January 29, 1981) was a Canadian poet, memoirist and novelist. "Glassco will be remembered for his brilliant autobiography, his elegant, classical poems, and for his translations." He is also remembered by some for his erotica.

Born in Montreal to a monied family, John Glassco (Buffy to his friends) was educated at Selwyn House School, Bishop's College School, Lower Canada College, and finally McGill University.[2] At McGill he moved on the fringes of the Montreal Group of poets centred on that campus, which included F.R. Scott and A.J.M. Smith. Glassco wrote for the McGill Fortnightly Review with Scott, Smith, and Leon Edel.

Glassco left McGill without graduating to go to Paris with his friend, Graeme Taylor, when he was 17 years old. The two settled in the Montparnasse district of Paris which was then extremely popular amongst the literary intelligentsia. Their three-year stay formed the basis of Glassco's Memoirs of Montparnasse (1970), a description of expatriate life in Paris during the 1920s.

The book is presented as a genuine memoir, although Glassco had lightly fictionalized some aspects of the work. In it, he describes meeting various celebrities who were living in or passing through Paris at the time, such as James Joyce, Ernest Hemingway, Gertrude Stein, Alice B. Toklas, Ford Maddox Ford, Frank Harris, Lord Alfred Douglas and others. In the notes to the republished edition in 2007 further characters are identified as thinly disguised descriptions of Man Ray, Peggy Guggenheim and others.

Glassco, a bisexual, was, in the words of Leon Edel, “a bit frightened by certain kinds of women and nearly always delighted if he could establish a triangle.”

In 1931 Glassco contracted tuberculosis. He returned to Canada and was hospitalized. In 1935, after having a lung removed, he retired to the town of Foster in Quebec's Eastern Townships. He served as mayor of Foster from 1952 to 1954. 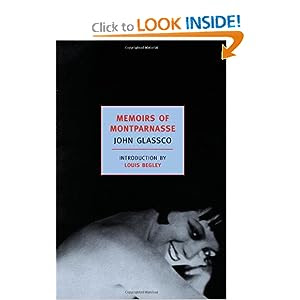 Copyright Sy Scholfield. All rights reserved in all media.
Posted by astrodatablog at 2:08:00 pm