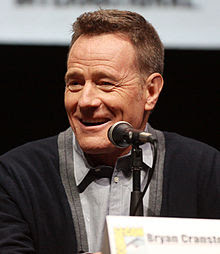 His role in Breaking Bad also earned him five Golden Globe nominations and one win in 2014, nine Screen Actors Guild Awards nominations with four wins, and six Satellite Awards nominations with four wins. In June 2014, he won a Tony Award for Best Actor in a Play for his portrayal of Lyndon B. Johnson in All the Way on Broadway. He will reprise his role in the upcoming HBO television film of the same name. For the 2015 film Trumbo, he received widespread acclaim and was nominated for the Academy Award for Best Actor.