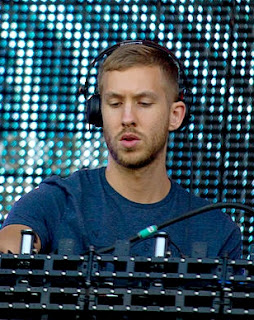 * Calvin Harris topped Forbes' list of the world's highest-paid DJs for three consecutive years from 2013 to 2015.

His 2009 album, Ready for the Weekend debuted at number one on the UK Albums Chart and its lead single, "I'm Not Alone", became his first number one on the UK Singles Chart. Harris rose to international prominence in 2012 with the release of his third studio album, 18 Months. Topping the UK charts, the album became his first to chart on the Billboard 200 in the US, reaching number 19.

His collaboration with Rihanna led to two singles, "Where Have You Been" and "We Found Love". The latter became an international success, giving Harris his first US number-one single on the Billboard Hot 100.

Harris holds the record for the most top 10 songs from one studio album on the UK Singles Chart with nine top 10 entries, surpassing Michael Jackson. In October 2014, he became the first artist to place three songs simultaneously on the top 10 of Billboard's Dance/Electronic Songs chart. He also became the first British solo artist to reach more than one billion streams on Spotify.