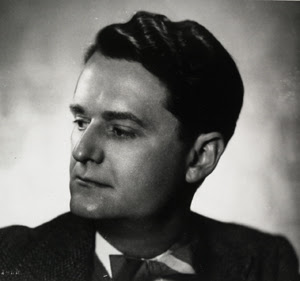 March grew up in rural Alabama in a family so poor that he could not finish high school, and he did not earn a high school equivalency until he was 20. He later studied law but was again unable to afford to finish his studies. In 1917, while working in a Manhattan law office, he volunteered for the US Marines and saw action in World War I, for which he was decorated with some of the highest honors—the French Croix de Guerre, the American Distinguished Service Cross, and the U.S. Navy Cross. After the war he again worked in a law office before embarking on a financially successful business career.

He also began writing, first short stories, then in 1933 a novel based on his war experiences, Company K. His follow-up work was the "Pearl County" series, novels and short fiction set in his native south Alabama, the most successful of which is the novel The Looking-Glass. However, literary success eluded him. His last novel, The Bad Seed, was published in 1954, the year March died (on 15 May). It became a bestseller, but he never saw his story adapted first for the stage in 1954, and then for film in 1956 and 1985.

BIRTH DATA: William Edward Campbell, 18 September 1893, 15:00 (3pm) CST (+6), Mobile, Alabama, USA (30n41, 88w02). ASC: 00 Aquarius. RR: B (from biography). SOURCE: Sy Scholfield quotes from The Two Worlds of William March by Roy S. Simmonds (University of Alabama, 2011), p. 1: "It was here in Mobile, at three o'clock in the afternoon, September 18, 1893, in a house at the northwest corner of Broad and Conti Streets, that the second child of John Leonard Campbell and Susan March Campbell was born with a complete caul." Simmonds notes that various records including the family bible give 1894 but March insisted he was born in 1893.