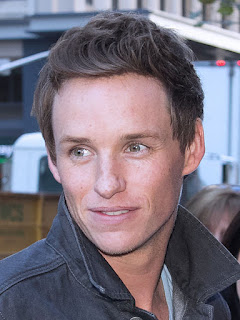 * Eddie Redmayne started his professional career in both theatre and television roles in the early 2000s and then made his film debut, Like Minds, in 2006.

Redmayne received acclaim for his performance as Stephen Hawking in The Theory of Everything, for which he won the Academy Award for Best Actor, the BAFTA Award, the Golden Globe Award, and the Screen Actors Guild Award.

In 2015, he received further critical acclaim for his portrayal of Lili Elbe, one of the first known recipients of sex reassignment surgery, in The Danish Girl. For his performance, he received nominations for his second Academy Award, BAFTA Award, Golden Globe Award, and Screen Actors Guild Award for Best Actor.

He has continued to perform in theatre, most notably in the play Red (2010), on Broadway, for which he won the Tony Award for Best Performance by a Featured Actor in a Play.