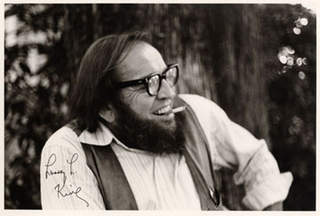 * Larry L. King is best remembered for his 1978 Tony Award-nominated play The Best Little Whorehouse in Texas, which became a long-running production on Broadway and was later turned into a feature film starring Burt Reynolds, Charles Durning and Dolly Parton.

In 1974, he wrote an article about the Chicken Ranch brothel in La Grange, Texas; after the article was published in Playboy, King and fellow Texan Peter Masterson developed it into the book of the Broadway musical.

King received an Emmy Award in 1982 for the CBS documentary The Best Little Statehouse in Texas.