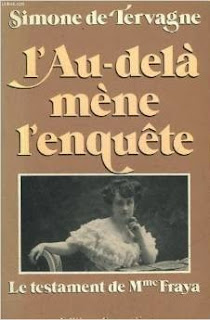 * Madame Fraya (born Valentine Dencausse) was probably the most famous chiromancer in Paris during the first half of the 20th century.

Her clients included important French artists and politicians of the time, such as the Princess of Saxe-Meningen (sister of emperor Wilhelm II of Germany), to whom she reportedly predicted World War I and the defeat of Germany. She was subsequently called into the French Ministry of War, where she assured the government that the marching German troops would not reach Paris (they were in fact stopped at the First Battle of the Marne).

The abilities displayed by Valentine Dencausse were studied by prominent scientists such as Alfred Binet, Eugene Osty, and Albert von Schrenck-Notzing.