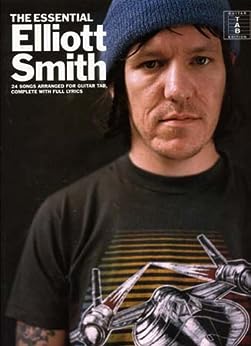 * Elliott Smith's heartbreaking songs were rendered all the more haunting by his tragic death.

Venus is squared by Pluto, Uranus and Jupiter, not to mention the quincunx from Mars: He came to fame with his song "Miss Misery."

Perhaps Mars in conjunction with Neptune, both descending, along with the Sun in Leo on the IC, brought him down and contributed to his undoing.

Smith was born in Omaha, Nebraska, raised primarily in Texas, and resided for a significant portion of his life in Portland, Oregon, the area in which he first gained popularity. Smith's primary instrument was the guitar, but he was also proficient with piano, clarinet, bass guitar, drums and harmonica. Smith had a distinctive vocal style, characterized by his "whispery, spiderweb-thin delivery", and used multi-tracking to create vocal layers, textures and harmonies.

After playing in the rock band Heatmiser for several years, Smith began his solo career in 1994, with releases on the independent record labels Cavity Search and Kill Rock Stars (KRS). In 1997, he signed a contract with DreamWorks Records, the label for which he recorded two albums. Smith rose to mainstream prominence when his song "Miss Misery"—included in the soundtrack for the film Good Will Hunting—was nominated for an Oscar in the Best Original Song category in 1998.

Smith suffered from depression, alcoholism and drug dependence, and these topics often appear in his lyrics. At age 34, he died in Los Angeles, California from two stab wounds to the chest. The autopsy evidence was inconclusive as to whether the wounds were self-inflicted. At the time of his death, Smith was working on his sixth studio album, From a Basement on the Hill, which was posthumously completed and released.