* The birth time of unconventional artist and writer, Bern Porter, was recorded, then corrected, in his baby book, which states he was born in 1910, not 1911 as is often claimed. (The exhibit of his work at the Museum of Modern Art in New York in 2010 celebrated his centenary).

In 2010 his work was recognized by an exhibit at the Museum of Modern Art in New York.

Porter is best known for his "founds", which he has published in numerous collections including Found Poems, The Wastemaker, The Book of Do's, Dieresis, Here Comes Everybody's Don't Book, and Sweet End. Publishers of these works included Something Else Press, The Village Print Shop, and Tilbury House. 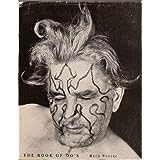 Bern Porter's underground reputation as an artist-writer-philosopher-scientist is well established among visual artists and writers, and his philosophy of dissent is respected. Dick Higgins, the avant-garde writer and publisher/editor of the Something Else Press, was inspired to call Porter the Charles Ives of American letters'. Recognizing Porter as one of the earliest and most prolific practitioners of Found Poetry', Peter Frank (in his book on Something Else Press) has written: "Porter is to the poem what [Marcel] Duchamp was to the art object, a debunker of handiwork fetishism and exemplary artist-as-intercessor between phenomenon and receptor. He rejects the typical artist's role of semi-divine creator. Porter's eye never tires of seeking accidental, unconventional literature in odd pages of textbooks, far corners of advertisements, the verbiage of greeting cards and repair manuals, ad infinitum."

Porter had Uranus rising in the 12th House: he sought the accidental and the unconventional in his work.

BIRTH DATA: 14 February 1910, 05:30 (5:30 a.m.) EST (+5), Houlton, Maine, USA (46n07, 67w50). ASC: 28 Capricorn. RR=AA (from baby book). SOURCE: Sy Scholfield (c) quotes James Erwin Schevill's book, Where to Go, What to Do, When You Are Bern Porter: A Personal Biography (Gardiner, ME: Tilbury House, 1992), p. 9: "According to his proud baby book characteristic of the turn of the century — a statement at the bottom of the page reads "A life to be satisfactory should be started right" — Bernard Porter was born at 9:30 a.m., Tuesday, February 14, 1910, on his grandfather's farm in Porter Settlement, just south of Houlton, Maine. On the next page of the baby book is a correction. He was born at 5:30 a.m., weighed eight pounds, and when he was two weeks old, his father placed a $5 gold piece for him in a savings bank. The first caller to see the baby was "Grandpa Porter." Later in the baby book, alongside an advertisement proclaiming that "The name Borden stands preeminent for all that is good in Milk," Porter's parents recorded milestones: Bernard sat at six months old, crept at nine months, . . ."