* Henry Murray - the psychologist who developed the theory of "Personology" - reveals his approximate birth time in a letter requesting an interpretation of his horoscope.

Henry Alexander Murray (May 13, 1893 – June 23, 1988) was an American psychologist who taught for over 30 years at Harvard University. He was Director of the Harvard Psychological Clinic in the School of Arts and Sciences after 1930 and collaborated with Stanley Cobb, Bullard Professor of Neuropathology at the Medical School, to introduce psychoanalysis into the Harvard curriculum but to keep those who taught it away from the decision-making apparatus in Vienna. He and Cobb set the stage for the founding of the Boston Psychoanalytic Society after 1931, but both were excluded from membership on political grounds. While personality theory in psychology was becoming dominated by the statistics of trait theory, Murray developed a theory of personality called Personology, based on "need" and "press". Patterned after the Henderson-Hasselbach equation upon which the measurement of the different constituents of blood plasma are measured all at the same time, Personology was a holistic approach that studied the person at many levels of complexity all at the same time by an interdisciplinary team of investigators. Murray was also a co-developer, with Christiana Morgan, of the Thematic Apperception Test (TAT), which he always fondly referred to as "the second best-seller that Harvard ever published, second only to the Harvard Handbook of Music." 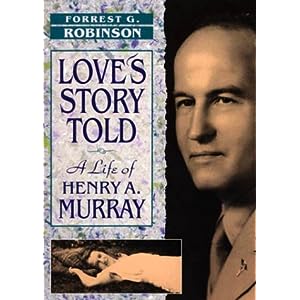 Murray writes that he was born in the early hours before sunrise, so we cannot be sure of his Ascendant sign or degree. We know he had psychologist Pluto quincunx and ruling people-planet Uranus in psychological Scorpio explaining his status as the developer of a psychological theory of personality called Personology. The suggested 12:30 a.m. chart below gives Aquarius rising square and ruled by Uranus high in the sky and Aquarius rising trine Uranus's ruler Pluto on the IC.