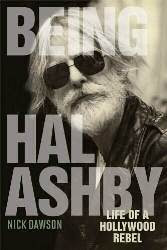 * Hal Ashby is associated with the New Hollywood wave of filmmaking. He won the 1968 Oscar for Best Editing for the mystery drama In the Heat of the Night (1967) starring Sidney Poitier, Rod Steiger, and Warren Oates.

Mercury (ruler of Ashby's Ascendant and his cinematic, angular Neptune-Sun conjunction) is conjunct Mars and opposite Uranus. His biography is subtitled "Life of a Hollywood Rebel" and he directed several acclaimed and popular films "about outsiders and adventurers traversing the pathways of life." These films include the off-beat romance Harold and Maude (1971), the social satires Shampoo (1975) and Being There (1979), and the Vietnam War drama Coming Home (1978) starring Jane Fonda and Jon Voight, both in Academy Award-winning performances.