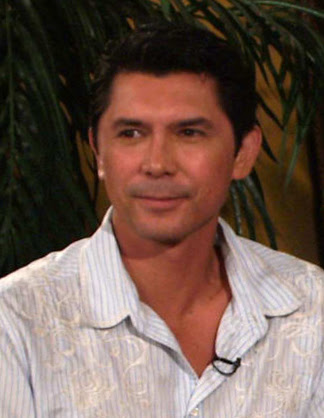 * Lou Diamond Phillips' big breakthrough came when he starred in the 1987 film La Bamba as the Chicano rock 'n' roll star Ritchie Valens. Phillips earned a supporting actor Golden Globe Award nomination for his role as a gangster in Stand and Deliver (1988) and a Tony Award nomination for his role as the King in The King and I (1996). In 2007, Phillips joined the touring troupe for Lerner and Loewe's Camelot in the role of King Arthur.

Phillips is very close to the Native American community. In 1990, he was adopted by the Sioux tribe, although he is Cherokee by blood. "Star Keeper" is his Sioux name.

Phillips has an overload of solar energy in his chart which reflects his success in regal roles (and perhaps the choice of his stellar Sioux name): Moon in Leo in the 12th (the house of film), Leo North Node right on his Leo Ascendant, and Uranus in Leo ruling and opposing his Sun from the 1st house (in Mutual Reception).