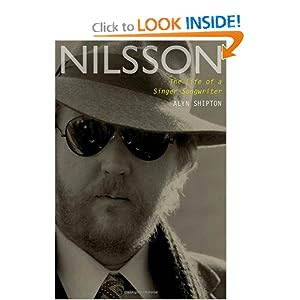 * Double Grammy Award winner, Harry Nilsson, was a uniquely talented and original singer-songwriter. In the late 1960s and early 1970s when huge concert tours and festivals abounded, Nilsson broke the mould by achieving significant commercial success while shunning live performance and producing masterfully crafted studio recordings. Paul McCartney and John Lennon described him as the Beatles' "favourite group." A gifted composer, Nilsson wrote songs for the Ronettes, the Yardbirds, the Monkees, and more, yet his own biggest hits were almost all written by other songwriters. His producer Richard Perry described him as "the finest white male singer on the planet," but toward the end of his life, Nilsson's career was marked by voice-damaging substance abuse. All these adjectives might describe the Sun in the enigmatic Aquarian decan of paradoxical Gemini — which Nilsson had on the cusp of his 3rd House and at the apex of a T-Square involving an opposition between his Ascendant ruler, Mars in Pisces, and its ruler, musically-inspired but unfortunately all too often drugged-out Neptune. WIKIPEDIA BLURB

Harry Edward Nilsson III (June 15, 1941 – January 15, 1994) achieved the peak of his commercial success in the early 1970s. On all but his earliest recordings he is credited as Nilsson. He is known for the hit singles "Everybody's Talkin'" (1969), "Without You" (1971), and "Coconut" (1972). Nilsson also wrote the song “One” made famous by the rock band Three Dog Night. He was awarded Grammys for two of his recordings; best male contemporary vocal in 1969 for "Everybody's Talkin'", a prominent song in the Academy Award-winning movie Midnight Cowboy, and best male pop vocal in 1972 for "Without You."