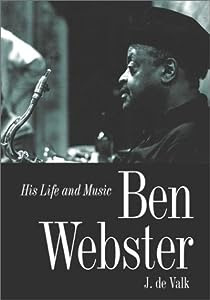 * Ben Webster ― the influential American jazz tenor saxophonist nicknamed "Frog" ― had musical Neptune rising in the amphibious Scorpio decan of Cancer. Also known affectionately as "The Brute," he had the first degree of Aries on his MC plus a Sun-Saturn conjunction in Mars's sign.

Benjamin Francis Webster (March 27, 1909 – September 20, 1973) was considered one of the three most important "swing tenors" along with Coleman Hawkins and Lester Young. Known affectionately as "The Brute", he had a tough, raspy, and brutal tone on stomps (with his own distinctive growls), yet on ballads he played with warmth and sentiment. Stylistically he was indebted to alto star Johnny Hodges, who, he said, taught him to play his instrument.