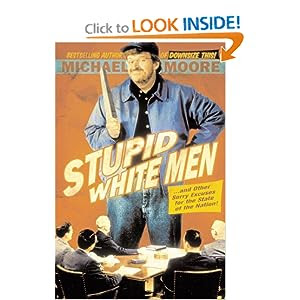 * Michael Moore ― the award-winning in-depth documentary filmmaker ― has truth-seeking Uranus in the fact-digging Scorpio decan of history-oriented Cancer in the 12th house of cinema.

Michael Francis Moore(born April 23, 1954) is the director and producer of Fahrenheit 9/11, which is the highest-grossing documentary of all time and winner of the Palme d'Or. His films Bowling for Columbine (2002) and Sicko (2007) also placed in the top ten highest-grossing documentaries, and the former won the Academy Award for Documentary Feature. In September 2008, he released his first free movie on the Internet, Slacker Uprising, which documented his personal quest to encourage more Americans to vote in presidential elections. He has also written and starred in the TV shows TV Nation and The Awful Truth.

BIRTH DATA: Michael Francis Moore, 23 April 1954, 12:45 (12:45 p.m.), Flint, Michigan, USA (43n00, 83w41). ASC: 16 Leo. RR: A (from mother's memory). SOURCE: Sy Scholfield (c) quotes Michael Moore, Here Comes Trouble: Stories From My Life (London: Penguin, 2011): "Deafeningly close thunder exploded, and the lightning continued to flash into the unit. I looked at the clock: 12:45 a.m. For some reason, with all that was going on, it occurred to me that I was born at 12:45 (but in the p.m.). How did I know this? For every year of my adult life, no matter where I was, at exactly 12:45 p.m., my mother would call me to tell me this was the moment she gave birth to me." NB: Previously Astrodatabank quoted same timed data from birth certificate given by Moore's sister Ann/e (?) to Kasandra Green, a student of astrologer Edith Hathaway. Moore's statement confirms this data, straight from the horse's mouth, so to speak.