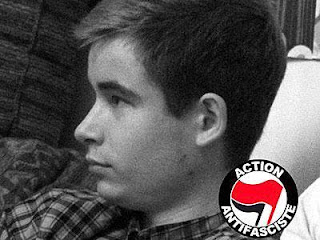 * Clément Méric ― the gay French university student who died from brain damage sustained in a street brawl ― had Mars in the 8th house square an exact Scorpio conjunction of Jupiter and Pluto (the rulers of his luminaries). Many thanks to Marc Brun for acquiring Méric's data.

Clément Méric was a French university student who died after a brutal beating by a group of ultra-right-wing thugs during a brawl in Paris on 5 June 2013. Meric suffered brain damage and was taken to The Pitié-Salpêtrière Hospital. He was declared dead shortly after 5 p.m. on 6 June 2013 ("Clément Méric est officiellement décédé, jeudi 6 juin, peu après 17h, après avoir passé plusieurs heures en état de «mort cérébrale»"). Thousands of people around the world have staged protests in honour of the life of the slain gay activist.