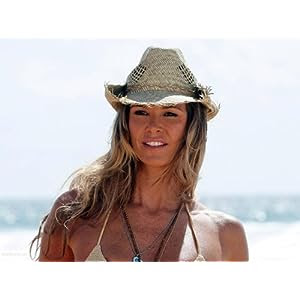 Elle Macpherson (born 29 March 1963) is an Australian businesswoman, television host, model, and actress. She is well known for her record five cover appearances for the Sports Illustrated Swimsuit Issue beginning in the 1980s, leading to her nickname "The Body". She is also known as the founder primary model and creative director for a series of business ventures, including Elle Macpherson Intimates, a lingerie line, and The Body, a line of skin care products.

There seems no reason to disbelieve her. Macpherson reportedly finished high school in Sydney in 1981, consistent with a 1964 birth (unless she was held back a year). Both charts are below. The 1964 chart is the most Venusian - Venus in Taurus possibly rising, Libra Moon. The Aries stellium explains her business acumen, with an unaspected Mars in the last degree of Pisces.