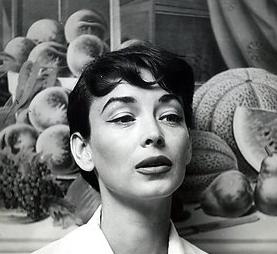 * Texan beauty, Dorian Leigh, was one of the earliest modelling icons of the fashion industry. She is considered one of the first supermodels, and was well known in the United States and Europe.

In 1952, when she was 35 years old, Richard Avedon photographed her for Revlon's most famous advertising campaign, Fire and Ice.

Her stellium of planets in Taurus (including Sun, Moon and Venus) apparently manifested in exceptional good looks while Aries rising propelled her pioneering spirit.