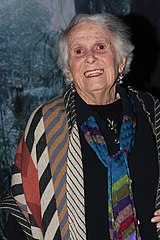 * In her early recipes Margaret Fulton encouraged Australian housewives to alter the Australian staple of "meat and three vegetables" and to be creative with food. She 'discovered' food from exotic places such as Spain, Italy, India and China.

In 2006, The Bulletin named Fulton in their list of 'The 100 most influential Australians,' writing that she is "Australia's original domestic goddess. No cookery writer since can claim her blanket influence... Fulton turned us into foodies."

The Sun in Australia's chart is at 10° Capricorn and the MC at 2° Aquarius. Fulton's Ascendant (9° Capricorn) and Moon (26° Capricoen) conjunct these points, cementing her status as an "Australian Living Treasure."