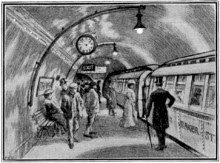 * Queen Elizabeth II has visited Baker Street Underground station to celebrate the Tube's 150th anniversary. We have at least two charts for the London Underground: Chart 'A' for the opening of The Metropolitan Railway (as it was then known) on 9 January 1863, circa 13:05 (1.05 p.m.) and Chart 'B' for the opening of "The Met" to the public the next day at about 6 a.m.

The London Underground (otherwise known as the Underground or the Tube) is a metro system in the United Kingdom, serving a large part of Greater London and some parts of Buckinghamshire, Hertfordshire and Essex. The system serves 270 stations and has 402 kilometres (250 mi) of track, 45 per cent of which is underground. Since 2003 LUL has been a wholly owned subsidiary of Transport for London (TfL), the statutory corporation responsible for most aspects of the transport system in Greater London, which is run by a board and a commissioner appointed by the Mayor of London. 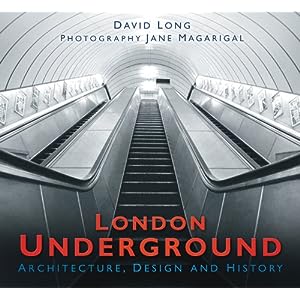 It incorporates the first underground railway in the world, which opened in 1863 and now forms part of the Circle, Hammersmith & City, and Metropolitan lines and the first line to operate underground electric trains, in 1890, now part of the Northern line. The first tunnels were built just below the surface; later circular tunnels (tubes) were dug through the London Clay. When the Central London Railway opened in 1900, it was known as the "twopenny tube". The lines were marketed as the UNDERGROUND in the early 20th century on maps and signs outside stations. Originally private companies owned and ran the railways and in 1933 these merged to form the London Passenger Transport Board. Harry Beck's tube map appeared for the first time in 1933. The Victoria line was opened 1968–71 and the Jubilee line in 1979, and this was extended in 1999. The Travelcard was introduced in the mid 1980s and the Oyster card in 2003.

Today in official publicity, the term 'tube' embraces the whole underground system, and the tube map now includes the other TfL railways such as the Docklands Light Railway and London Overground as well as the Emirates Air Line. It is the fourth largest metro system in the world in terms of route miles, after the Seoul Metropolitan Subway, Shanghai Metro and the Beijing Subway. It also has one of the largest numbers of stations. In 2011/12 there were 1.2 billion passengers making it the third busiest metro system in Europe, after Moscow and Paris.[citation needed] As of 2011, 86 per cent of operational expenditure on the London Underground is covered by passenger fares. The oldest sections of the London Underground completed 150 years of operations on 10 January 2013. The system is currently being upgraded to increase capacity.

Read more from the Wikipedia entry.

Chart 'A' seems to refer to the infrastructure: Mercury is at 29 Capricorn on the MC in the subterranean 8th House, with Mercury ruling the Gemini Ascendant. Chart 'B' seems to represent the 'public' - the 'face' of the subway system and the people using it: The Moon (public) is high in the sky ruling the 8th House, and Jupiter on the MC rules the Sagittarian Ascendant.