Edgar Miles Bronfman, Jr. (born May 16, 1955) is an American businessman who served as CEO of Warner Music Group 2004 to 2011 and as Chairman from 2011 to 2012. In May, 2011, the sale of WMG was announced; Bronfman would continue as CEO in the transaction. In August 2011, he became Chairman of the company as Stephen Cooper became CEO. Bronfman previously served as CEO of Seagram and vice-chairman of Vivendi Universal. He is the son of Edgar Miles Bronfman and the grandson of Samuel Bronfman, patriarch of one of the wealthiest and most influential Jewish families in Canada.

The Bronfman family gained its fortunes through the Seagram Company, an alcohol distilling company, but Edgar Jr. ("Efer" to friends) has gained his reputation by expanding and later divesting ownership of the Seagram Company, as well as for pursuing more creative activities as a Broadway and film producer and songwriter.

His controversial decision to sell his family stake in DuPont Chemical in order to create the Vivendi Universal entertainment company which turned out to be short-lived, was a source of widespread astonishment in the business community. 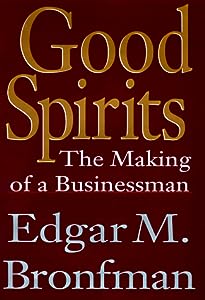 This CEO has Scorpio rising with ruler Pluto in Leo at the apex of a fixed T-square with Saturn in Scorpio opposition a Taurus Sun.