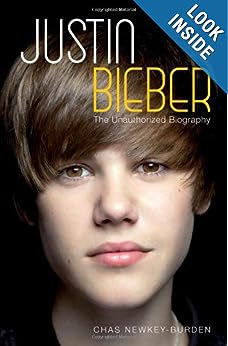 * In her 2012 autobiography, Pattie Mallette states that her son, Justin Bieber, was born "around one in the morning on Tuesday, March 1, 1994, at St. Joseph's Hospital in London, Ontario, Canada." The unsourced birth time of "12.56 a.m." in Chas Newkey-Burden's 2010 Justin Bieber: The Unauthorized Biography is thus consistent with the info' provided by Mallette. Her statement also clarifies where the pop star was born. With a powerhouse combo of Pluto rising on an Ascendant in the last degree of Scorpio, Bieber is "the third-most powerful celebrity in the world."

WIKIPEDIA BLURB
Bieber's debut extended play, the seven-track My World, was released in November 2009, and was certified platinum in the United States. He became the first artist to have seven songs from a debut record to chart on the Billboard Hot 100. Bieber's first full-length studio album, My World 2.0, was released in March 2010. It debuted at or near number-one in several countries and was certified platinum in the United States. It was preceded by the single "Baby". He followed up the release of his debut album with his first headlining tour, the My World Tour, the remix albums My Worlds Acoustic and Never Say Never – The Remixes, and the 3D biopic-concert film Justin Bieber: Never Say Never. Bieber released his second studio album Under the Mistletoe in November 2011, when it debuted at number-one on the Billboard 200. Bieber released his third studio album Believe on June 19, 2012, and it became his fourth chart topper in the United States, debuting at number-one on the Billboard 200.
Bieber has received numerous awards, including both Artist of the Year Awards at the 2010 American Music Awards and the 2012 American Music Awards, and was nominated for Best New Artist and Best Pop Vocal Album at the 53rd Grammy Awards. With a global fan base, termed as "Beliebers", and over 40 million followers on Twitter, he was named by Forbes magazine in 2012 as the third-most powerful celebrity in the world. He had earned an estimated US$55 million in the previous 12 months. As of May 2012, Bieber has sold 15 million albums.
Read more from his Wikipedia biography.
NATAL DATA and ASTROLOGY CHART BIRTH DATA: Justin Drew Bieber, 1 March 1994, 00:56 (12:56 a.m.) EST (+5), London, ONT, Canada (42n59, 81w14). ASC: 29 Scorpio. RR: B (from biography; approximate time of "around one in the morning" given by his mother in her autobiography). SOURCE: Sy Scholfield (©) quotes Pattie Mallette and A. J. Gregory, Nowhere but Up: The Story of Justin Bieber's Mom (Grand Rapids, MI: Revell, 2012): "After seven minutes of screaming and sweating, annoyed at the doctors and nurses who kept yelling at me to "push" (wasn't it obvious?), around one in the morning on Tuesday, March 1, 1994, at St. Joseph's Hospital in London, Ontario, Canada, I finally heard it . . . The cutest little cry I have ever heard. Music to my ears. I kid you not, my precious baby boy sounded like he was singing."
Previously, Frank C. Clifford quoted Chas Newkey-Burden, "Justin Bieber: The Unauthorized Biography" (Michael O’Mara, 2010), p. 15: "Justin Drew Bieber was born at 12.56 a.m. on 1 March 1994 in a city in Canada called London."
If you're enjoying these posts, please consider making a donation by Paypal toward the upkeep of this blog and the further acquisition of birth records. Thanks kindly.

Copyright Sy Scholfield. All rights reserved in all media. Conditions of use: My data collection is the result of thousands of hours of volunteer research work. Links via social media are welcome but my research data must not be distributed commercially and must never be sold by other parties. If I deem you or your company as a business then payment may be required before you publish my research data. Please contact me for details. If all persons concerned make payments then the fees remain modest for all concerned. The publication of my research data is always done with acknowledgment that I retain copyright over my collection. Use of my data is available in fairness to anybody who follows the conditions of use, so exclusive rights to publication are never granted. Attribution to "Sy Scholfield" as the collector must be given and a hyperlink or URL for this blog should be included in source notes. Please provide me with a complimentary copy of any book, software, app, etcetera, or the URL of any website in which you publish my research data. Thank you for supporting astro-data collecting.