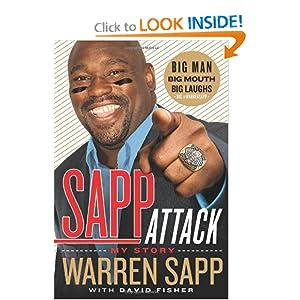 * Bold, brash, knowledgeable, and outspoken: Warren Sapp ― one of pro' football’s most dominating defensive players both on and off the field ― has Mars rising in Scorpio.

Warren Carlos Sapp (born December 19, 1972) is a Hall of Fame, former American college and professional football player who was defensive tackle in the National Football League (NFL) for thirteen seasons. He played college football for the University of Miami, where he was recognized as a consensus All-American and won multiple awards.

Sapp was drafted by the Tampa Bay Buccaneers in the 1995 NFL Draft as the 12th overall pick, and played professionally for the Buccaneers and the Oakland Raiders of the NFL. He spent nine seasons with the Buccaneers where he earned seven trips to the Pro Bowl and a Super Bowl ring in 2003. He moved to the Raiders in 2004. His 96.5 career sacks (100 counting the playoffs) are the second-highest career total sacks for a defensive tackle and the 28th highest overall for a defensive lineman. His 77 sacks with the Buccaneers ranks as the most ever recorded in the team's history.

During Sapp's career, he was the source of some controversy because of his hard-hitting style of play and occasional verbal outbursts, both on the field and off. Some of these resulted in NFL fines, and he was once ejected from a game for unsportsmanlike conduct.

In his first year of eligibility, on February 2, 2013, Sapp was voted into the Pro Football Hall of Fame. The Buccaneers will enter him into their Ring of Honor on November 11, 2013 and retire his #99 jersey. Sapp will become only the second Buccaneer to have his jersey retired, after Lee Roy Selmon.