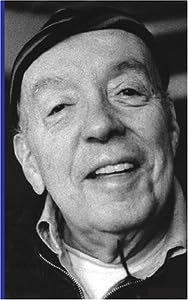 In the mid 1970s, Gary Weis made some short films of Mead talking to his cat in the kitchen of his Ludlow Street apartment on the Lower East Side called Taylor Mead's Cat. One film of Mead extemporizing on the virtues of constant television watching aired during the second season of Saturday Night Live.

Mead lived in the Lower East Side of Manhattan on Ludlow Street and read his poetry regularly at The Bowery Poetry Club. His last book of poems (published by Bowery Poetry Books) is called A Simple Country Girl. He was the subject of a documentary entitled Excavating Taylor Mead, which debuted at the Tribeca Film Festival in 2005. The film shows him engaging in his nightly habit of feeding stray cats in an East Village cemetery after bar-hopping, and features a cameo by Jim Jarmusch, in which Jarmusch explains that once, when Mead went to Europe, he enlisted Jarmusch's brother to feed the cemetery cats in Mead's absence.

Mead appeared in the final segment of Jarmusch's 2003 film Coffee and Cigarettes. He has been "a beloved icon of the downtown New York art scene since the 60s."

Mead died on May 8, 2013 in Colorado, having moved from his Ludlow Street apartment in Manhattan earlier this spring, "after many years of a dispute with his landlord."

Read more and see his filmography on Wikipedia.

"The first underground movie star"? Mead had filmic Neptune in stellar Leo exactly on the subcultural IC in the pioneering Aries decan no less.