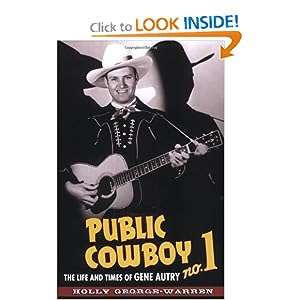 * While Gene Autry's original birth certificate never existed or was lost, a biographer reveals that a replacement document contains his time of birth as recorded by the original attending doctor.

Orvon Grover Autry (September 29, 1907 – October 2, 1998), better known as Gene Autry, was an American performer who gained fame as a singing cowboy on the radio, in movies, and on television for more than three decades beginning in the early 1930s. Autry was also owner of a television station, several radio stations in Southern California, and the Los Angeles/California/Anaheim Angels Major League Baseball team from 1961 to 1997.

From 1934 to 1953, Autry appeared in 93 films and 91 episodes of The Gene Autry Show television series. During the 1930s and 1940s, he personified the straight-shooting hero—honest, brave, and true—and profoundly touched the lives of millions of Americans. Autry was also one of the most important figures in the history of country music, considered the second major influential artist of the genre's development after Jimmie Rodgers. His singing cowboy movies were the first vehicle to carry country music to a national audience. In addition to his signature song, "Back in the Saddle Again", Autry is still remembered for his Christmas holiday songs, "Here Comes Santa Claus", which he wrote, "Frosty the Snowman", and his biggest hit, "Rudolph the Red-Nosed Reindeer".

Autry is a member of both the Country Music Hall of Fame and Nashville Songwriters Hall of Fame, and is the only person to be awarded stars in all five categories on the Hollywood Walk of Fame, for film, television, music, radio, and live performance. The town of Gene Autry, Oklahoma was named in his honor.

This singing cowboy has show-cowboy Jupiter in Leo sextile a musical Sun-Venus conjunction in Libra.

BIRTH DATA: Orvon Gene Autry, 29 September 1907, Tioga, Texas, USA (33n28, 96w55). ASC: 11 Virgo. RR=AA (quoted birth record). SOURCE: Sy Scholfield (c) quotes Public Cowboy No. 1: The Life and Times of Gene Autry by Holly George-Warren (New York: Oxford University Press, 2007), p. 304: "The original birth certificate for Orvon Grover Autry either never existed or was lost. In 1939 a replacement certificate was prepared for Gene Autry by Cooke County registrar Mrs. Maud Hendrix. The name on the certificate was given as Orvon Gene Autry, born Sept. 29, 1907; physician E. E. Ledbetter, MD, of Tioga, Texas, signed the statement that the child was born at 4:30 AM. The certificate included a medical attendant's affidavit, in which Dr. Ledbetter stated that he was "the attendant at this birth, and that he is filing on this date this certificate of birth of Orvon Gene Autry, who was born on the 29 day of Sept., 1907, in lieu of a certificate that cannot now be found, or was not filed at the time." The notary was S. P. Anderson, presumably Sam Anderson, a Tioga barber who employed young Orvon in the early 1920s." < www.syscholfield.com >.