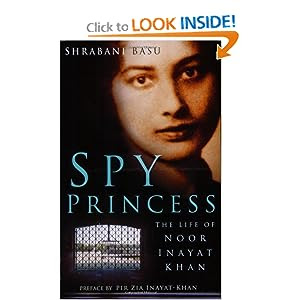 Noor Inayat Khan (1 January 1914 – 13 September 1944) was an Allied SOE agent during the Second World War. Usually known as Noor Inayat Khan (but also known as "Nora Baker" and "Madeleine"), she was of Indian Muslim origin. As an SOE agent during the Second World War, she became the first female radio operator to be sent from Britain into occupied France to aid the French Resistance.

The "spy princess" had Pluto at 29° Gemini high in the sky, and Mars - ruler of her 8th House - conjunct the Part of Fortune both on the Pluto discovery degree.