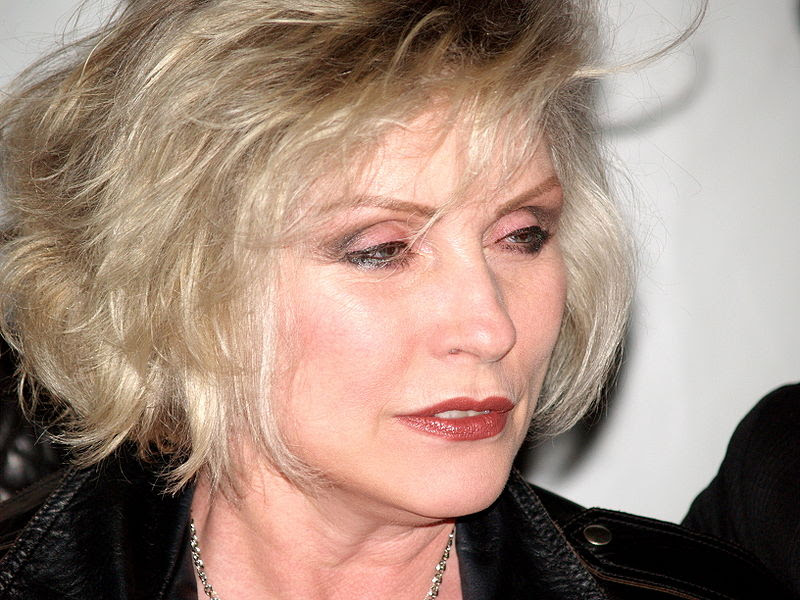 * We have an Ascendant sign (Scorpio) for Debbie Harry, the American singer-songwriter and actress, best known for being the lead singer of the punk rock and new wave band, Blondie. HOROSCOPE NOTES

In an interview, Deborah Ann "Debbie" Harry (born on 1 July 1945) states her Ascendant is Scorpio. She seems to give the wrong Moon sign (Cancer) or it could be a misprint (it's actually Pisces). Harry was adopted a few months after birth. She has reportedly stated that her birth name was Angela Trimble and her birth parents' names on her original birth certificate are Scottish: MacKenzie and Trimble.

BIRTH DATA: Angela Trimble: 1 July 1945, between 15:00 and 17:15 (3:00-5:15pm) EWT (+4), Miami, Florida, USA (25n46, 80w11). ASC: Scorpio. RR=C. SOURCE: Sy Scholfield (c) quotes Ascendant Sign from Harry, "Sun in Cancer, Moon in Cancer, Scorpio rising," in a magazine interview: "Deborah Harry: Platinum Blondie" by Glenn O'Brien, Interview (June 1979). NOTES: Harry's birth name was "Angela Trimble" according to the e-book "Chic: The Complete Guide" edited by Wikipedians (Mainz, Germany: PediaPress, 2011), p. 54: "According to Harry's website, her birth parents' names on her original birth certificate are Scottish: MacKenzie and Trimble. She also stated that her name prior to adoption was Angela Trimble." In footnote 93 on page 69 the source is given as "debbie-harry.net/Oracle of Wifi, The only 'official' Deborah Harry website/blog." The website is now defunct. She was named "Deborah Ann Harry" by her adoptive parents. She states that she was adopted and that her age is 65 in this early 2011 interview, so by that account she was born in 1945 (turning 46 later in 2011).